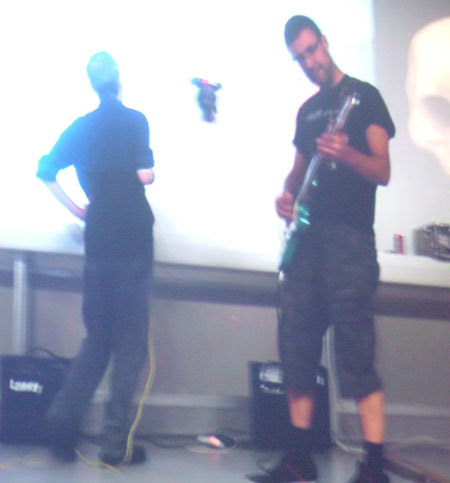 First up was a virtual performance from the Hideous People... a duo of punky vocal snipes and gnarly guitar... a set of really short songs, the lyrics of which seemed to get buried in that thickety accompaniment... luckily 'Your Gunna Die Die Die! wasn't one of them... 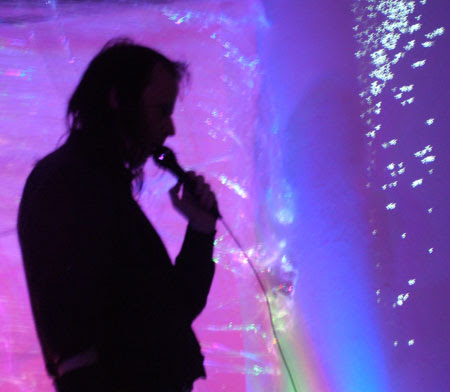 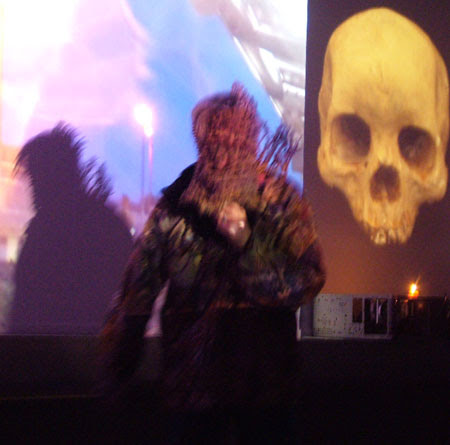 Twas lovely to dish the noise out again, the first live outing for the Panzer Panzees was a satisfying racket... cranked up amps and effect agitations a plenty... leashed into to a vocal face off between me and Andy P... burnt quite quickly leaving space for an epilogue of feedback spectres, sandpaper psychosis and bubbling vox that twisted a more sinister blade... 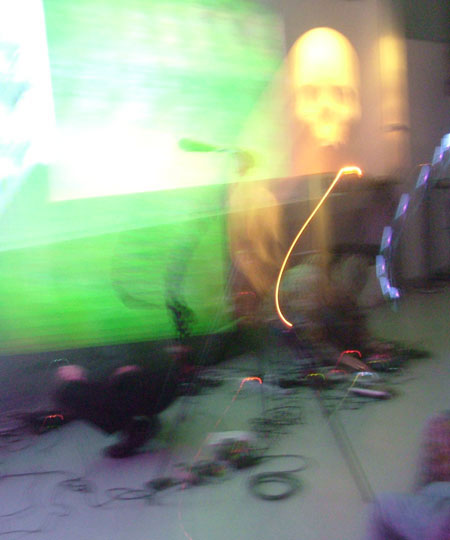 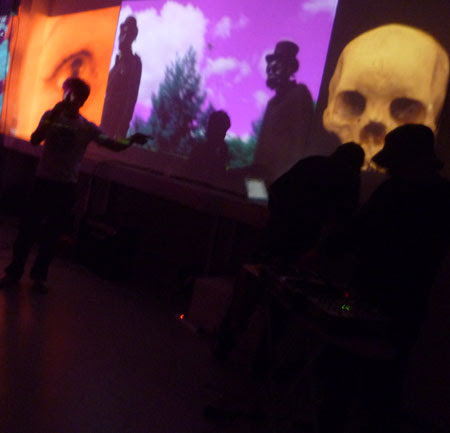 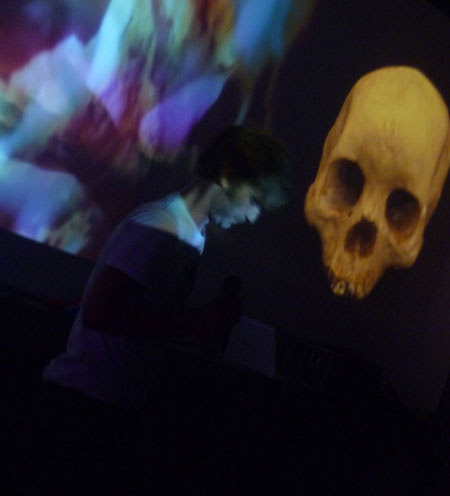 Next up Tim Hurford was like an alt Des O’Connor ... a real crooner, despite the P.A. malfunctions... after he's first number he exclaimed 'I’m on fire'... but this wasn't any James Brown pastiche as his jacket's arm was actually a flame...luckily he managed to stomp it out before any damage was done and the sprinklers got a sniff... His usual band the Transpersonals couldn’t make it for the night... total pity as i was really looking forward to some surfing bird action ... but disappointments were totally erased by that Sinatra /Beatle-esque solo direction of his ...... That hidden orchestra and Mr Flop's schizoid vinyl grooves Brylcreem(ing) his delivery into some Lynchian smear-fest... the vodka was definitely taking hold at this point but the whole thing definitely felt like an out-take from Twin Peaks as those comedic lyrics ran a carrot to Tim’s sliding feet ... 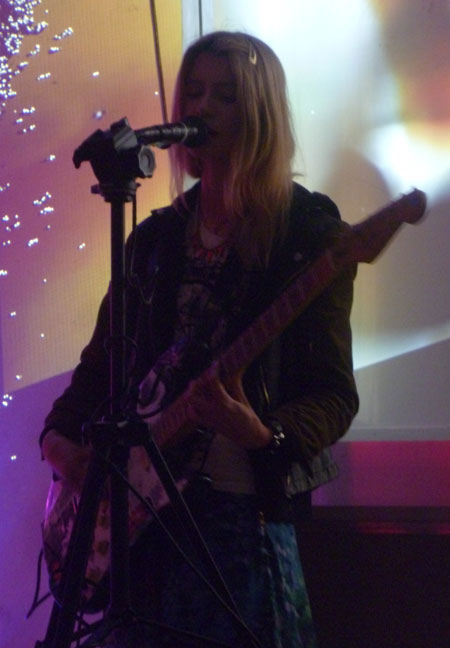 Now Twin was absolutely beautiful... ended the show in blissful folds of shimmering guitar that floated your head like a flotilla of brightly coloured butterflies. A real Lisa Gerrard moment for me... those ether-like gilds glowing ember like... streamers of vocal breathing through a filigree of delicate skeletons collapsing on freshly etched riffs... this was totally captivating, a chorus of fading edges imbued with a wiccan pull, a lustred gravity that was hard to escape from... 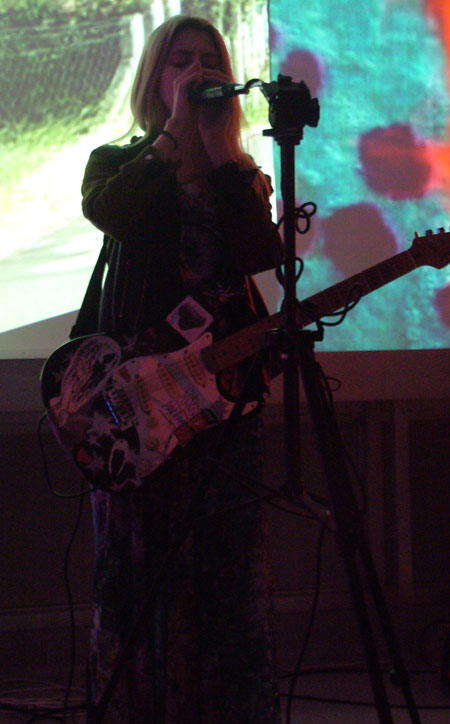