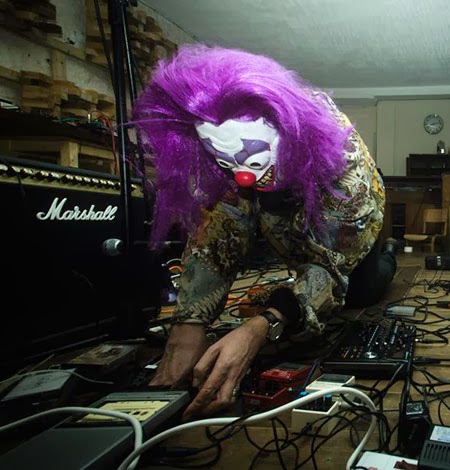 It was great to banish those 'first on' knots in my anatomy with some well needed noise love. Plumbed for an improvised approach for this Autotistika set and it turned out to be oddly musical, layered in plenty of rogue spears, clanging metal and Dettol sprayed contours...Quite a workout, which left me more than a bit frazzled 30mins later. Ripping off my clown mask, I was shocked by the amount of peeps that had gathered to watch... Thanks goes out to talented www.ronnalee.com for that excellent photo of me in action. 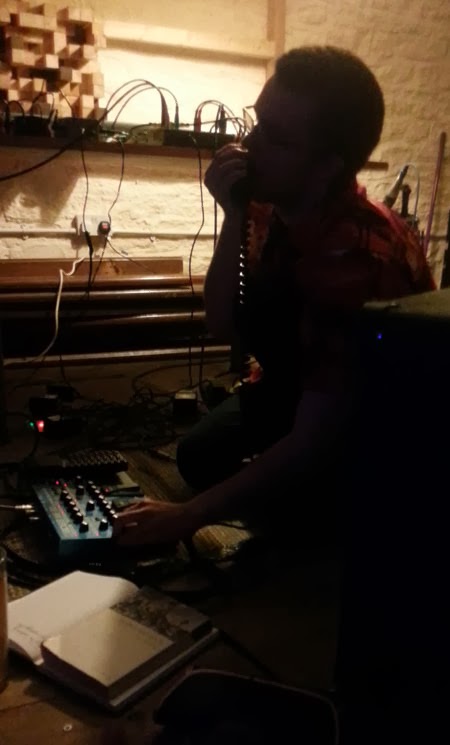 Next up was Echoes throughout the caverns of Leytonstone. He started with hiccupping debris and crunching clutches... a ping pong of skipping percussions knitting away, clanking like the wooden arms of a loom caught on the drone of an aircraft. Sibilant waves, akin to Freddy Krueger stroking venetian blinds, producing some nice subliminal falls from the speakers. I swear that amp was screaming Boudicca at one point, before everything switched to a feed of lush guitar ratchets and bruised rhythm glints... A transitional slide of hypno-goo descending from the jungle canopy, chopped into corridors of endless mirrors... leaving a beautiful replicate spinning inside your head... 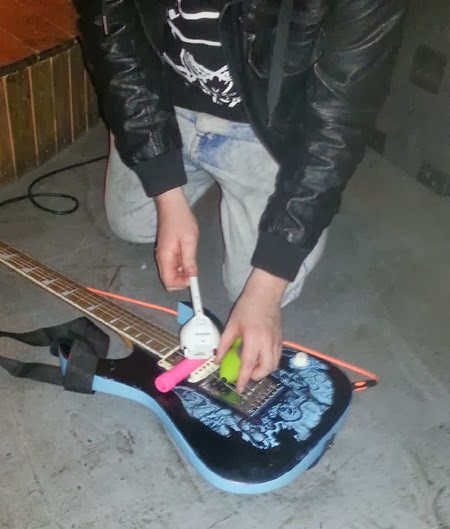 Dan Cooper, one half of Brown Torpedo... was all over the place. A patchwork of noise-making and hilariously observed poetry pinned to annoying childhood memories. Spoken word redefined with tonal chokes of machine... an unholy roar, fumbled garnishes, plastic playthings and sex toys...pick-up fed butchered lullabies and screeching banshee. Smashed guitar strings.... the chattering of a pink vibrator on concrete accompanying the next word salvo...’Jesus looked down in disapproval ‘ he stated to the sucking swirl of iron filings, then the lumbering of metallic boots... Numb winds of ill fortune accompanying the final chapter, punctuated by a raspy beat-box snare that fittingly had seen better days and a retarded trickle of broken chime... Fab stuff!! 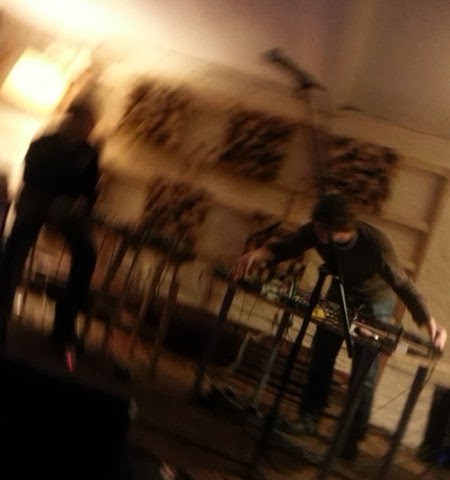 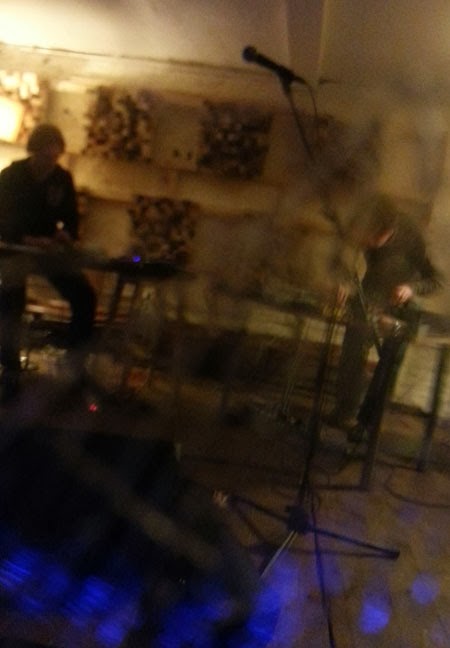