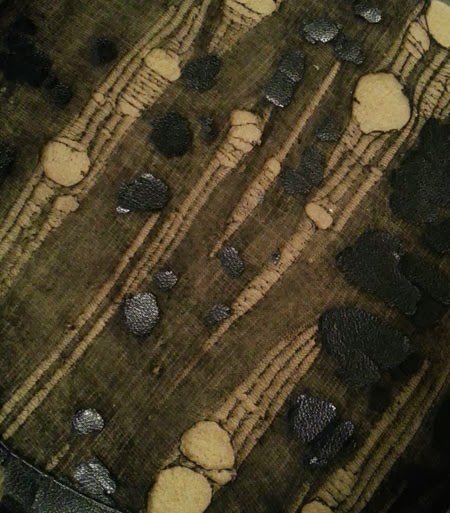 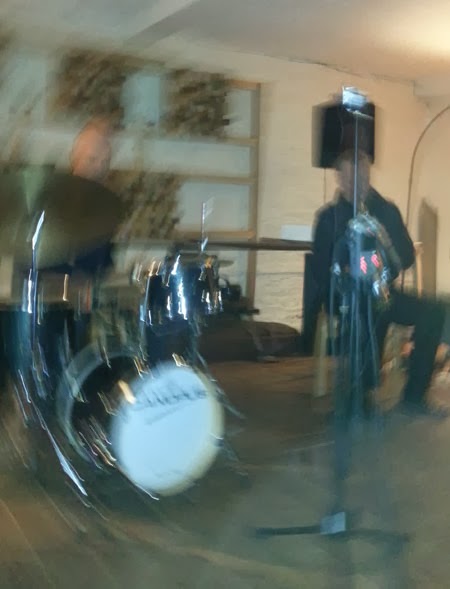 Roger Turner’s hands were all over the place, dispatching that anti rhythmic freeform goodness. Urs Leimgrumber gargling his clarinet in retort as if he were downing a yard of ale. The brass values like the crawl of caterpillar legs pouring out a host of strange asphyxiated noises and death watch clickings ... The metallurgic blasts of Turner giving out a scattering of angles... a jumbled bag of textures, accents and bowed chime filled with whispered creaks... everything constantly fluxing... swapping allegiances... the cymbal sheens and reverberations throwing plenty of accidental gems... the accompanying sax sounding like some alien feedback generator as the rooms dynamics turned squeals into wax eating mandibles. 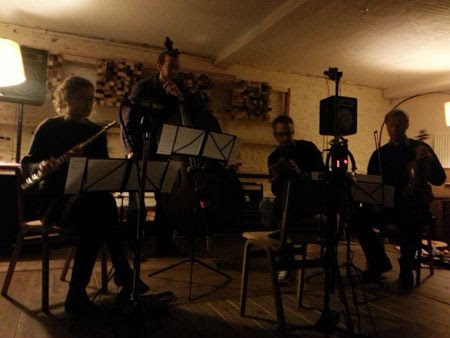 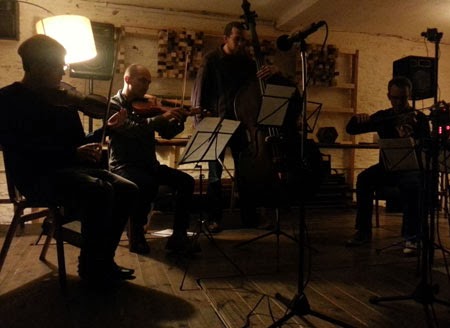 Three compositional pieces followed, penned by James Saunders who relishes the minimal, gentle side of the musical spectrum... first up was a tone poem of electronics, and acoustika... droning wares transitionally slipping...double bass, violin, concertina and flute paragraphing nicely from each other in sustained pitches... After a quick line up change, the second piece was impossibly quiet ..an ensemble of rubbed violin necks featuring Hakarl Kev...subtle pin drop vibes... 'hardly there' gossamers that were easily intruded upon by upstairs footsteps... topped off by a finale of bowed miscellany... an seven person friction party for a mind boggling array of objects making for an abrasive feast that tentatively see sawed a divine narrative. 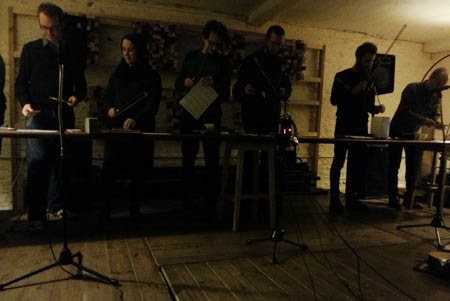 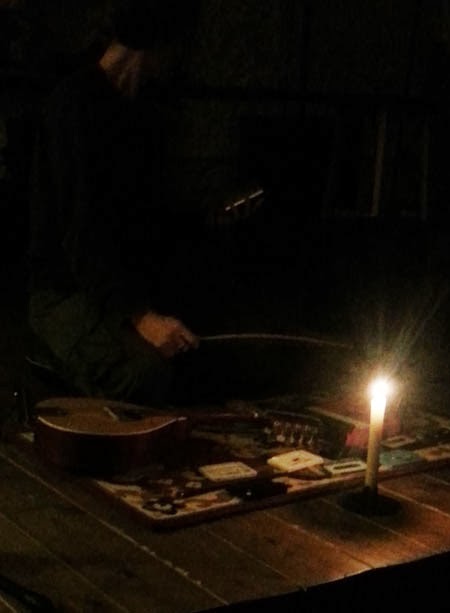 Disputing his headliner status, last up for the night was Stuart Chalmers who launched into a candle lit set of new methodologies - a giddy jigsaw of bowed mandolin, mouth organ and tape swirling capstan playing oily rainbows with your head. Walkman fragments sloshing round a squeaky dog toy spittoon... balancing on floor rubbing ashtrays and cross switching shanty... Later adopting a weird slithery plasticine of cogwheeled zither,,, besmirched in the loopian suck of backward cuckoo and whistling blowza-bella...... a pleasingly strange gamelan goo tiptoeing over an ever wobbly mirage. 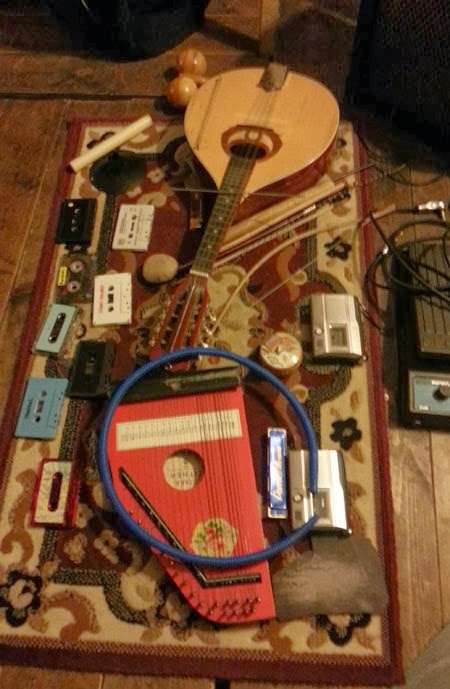