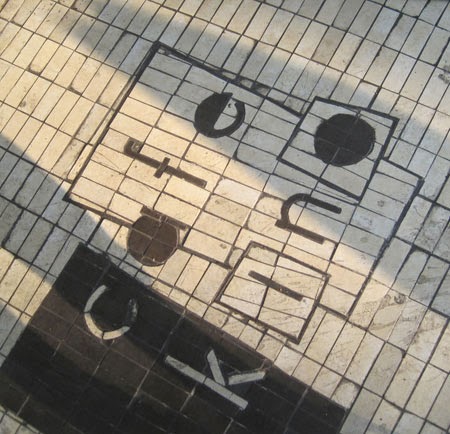 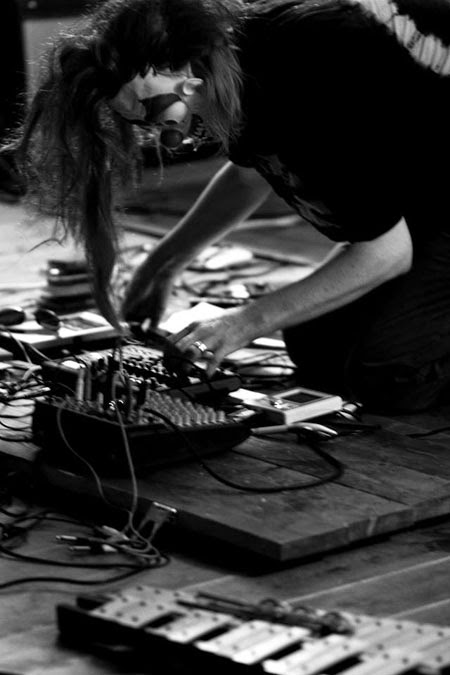 I plied a quiet set of dronic skree and hypno loops with taped narrations weaving through...with a good bit of sinister throat action thrown in for good measure...I'd brought plenty of metal to bash around, but the occasion never presented itself, everything seemed content to shimmer in jewel encrusted waves...although the reverb unit did sneak in a few tasty moments towards the end...I reckon if I'd remembered that ghoulish ergo-toxins tape things might have panned very differently. 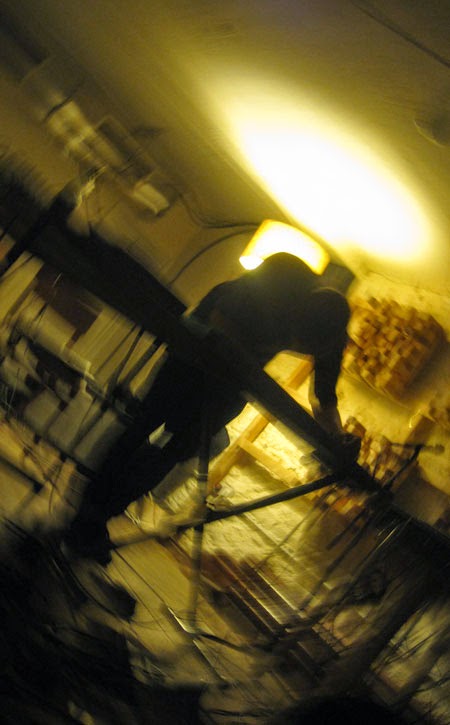 Microdeform was up next, I've been a fan of his peculiar brand of wobbly sample-tronics for some time - check the archives ...but on this occasion he surpassed even my expectations. Starting from a haunt of charity shop symphonics, he quickly moved into withered worms of tune...ash caught keyboards pulsing a solid underlay...jerked in stylus jibbers and handclapping Golems. This was seriously shimmer caked fare, beamed across in sustained waves of club-land curvature and leaking ellipticals. Pulsing servitudes, Tangerine Dream(ed) then chopped into looping Cambodia's...elegantly cut up into a piano melancholia that chimed into shadow boxed tangents... simply gorgeous. 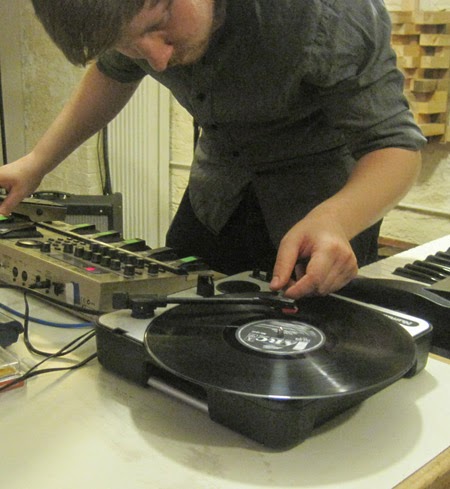 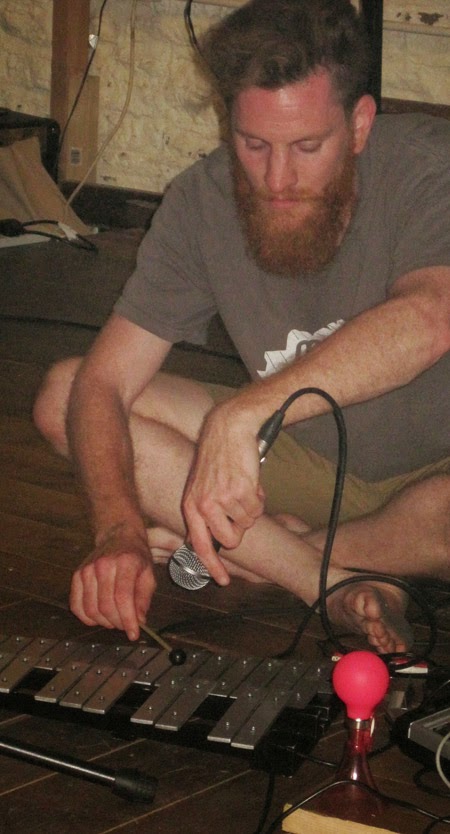 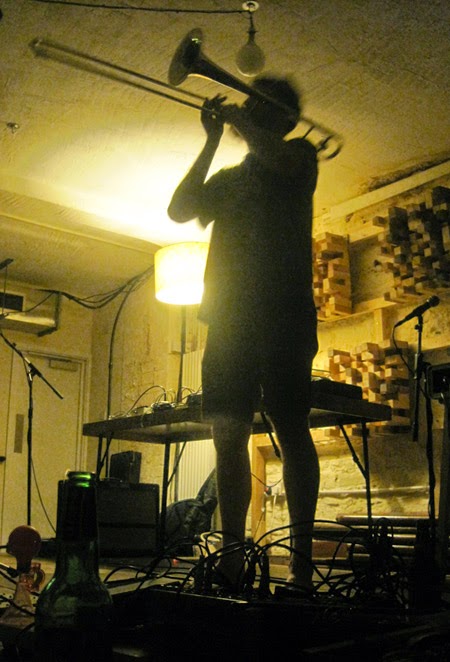 T-toe was up next, apologised about being more pop... he sang over a pre-prepared iPod backing, furnished with a few instruments sidekicks... that little dubby number about how crap his local budget food store was, was brilliant, accompanied by the odd xylophonic tap... really catchy number that had you dangling on its lyrical hooks...The set swung more indie for the next track accompanied by trombone...then an Indian number that had a certain 'Sergeant Peppers' vibe to it... really enjoyed the variety, kookaburra-ed your head like some avant-karaoke... especially relished that angst ridden rolling around the floor screaming his head off. 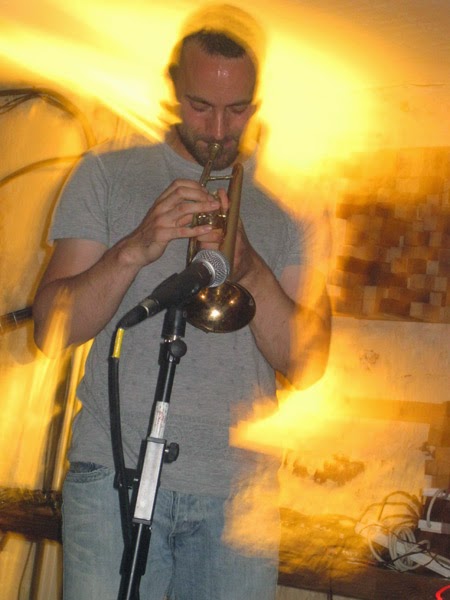 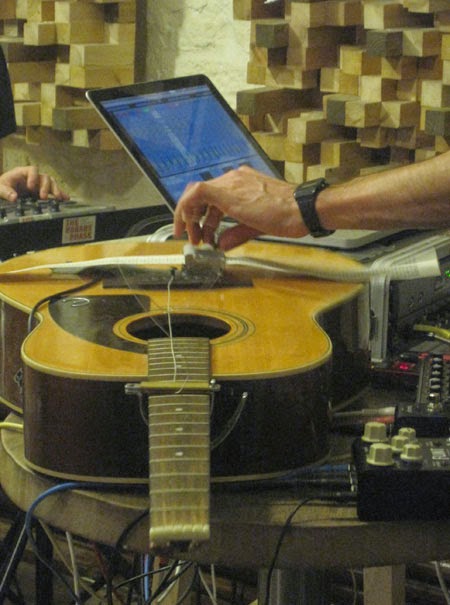 The Harry Furniss collective started in electric shivers, dowsed in fragments of trumpet, skirting skittles of drum...the bass swinging in, laying the foundations for that silky brassware to properly flourish... the four piece drawing their own panoramics, darting around each other like swallows eating up the breeze ...circling hazily, jivering, inserting some scrummy funkiness ... a gleam that suddenly rushes at you in a blur of 'open eyed' kinetics. Harry's trumpet charging off in some tasty tonalities that gave the angular electronics a serious run for their money. Great stuff! 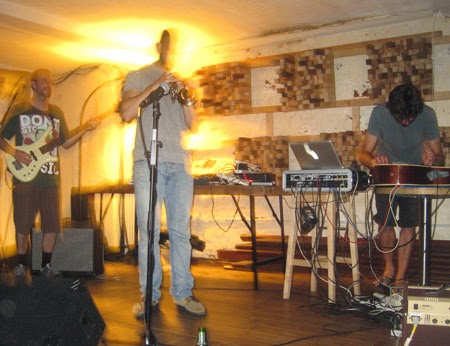