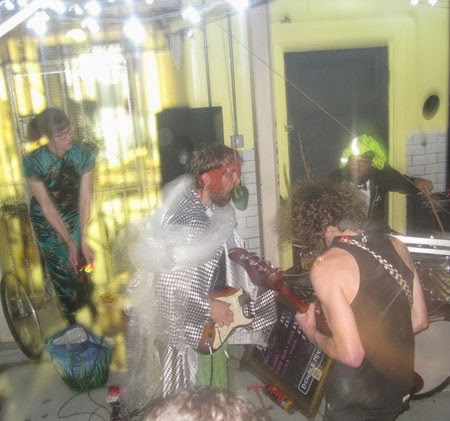 A great, if a little cramped night over at the old police station...couldn’t bear to miss another noise night and the chance of catching Dave Phillips in action sealed the deal... First up were the Tipex Orchestra an ad hock ensemble of arrhythmic fun... and the first time I've seen a step ladder used as an instrument... later thrown across the drums as things descending into a mosh pit pyramid of bodies, guitars and food...Henry Collins, a squashed plastic pagan beneath it all horn calling a truce. 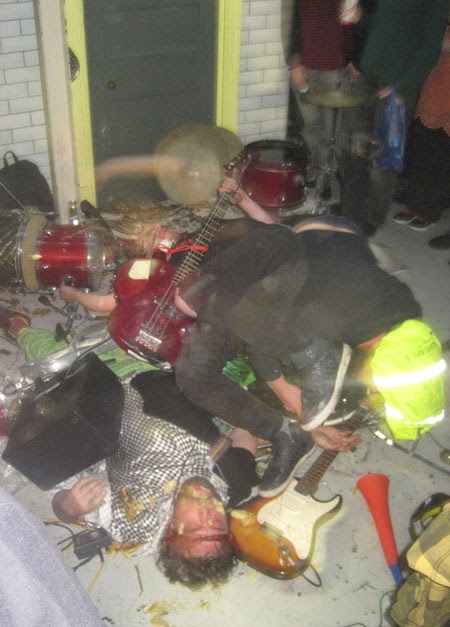 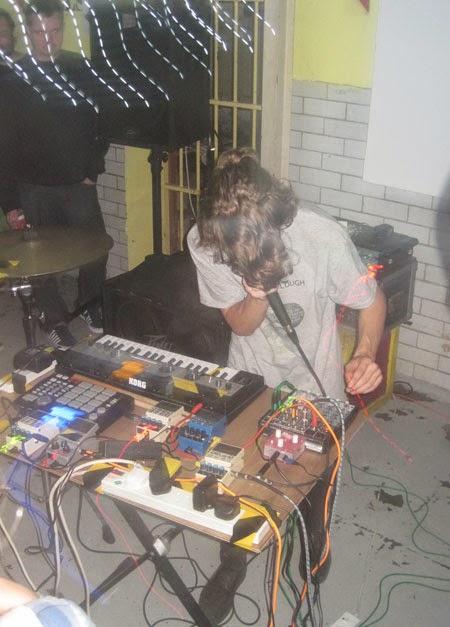 Silver Waves – Shifted some satisfying noise and a bit of cymbal thrashing too, as grating abrasives were cut into wholesome chucks... the semi-sequenced candy, dynamically swinging the momentum into a fist of a finale... just like those 2nd Gen guys used to 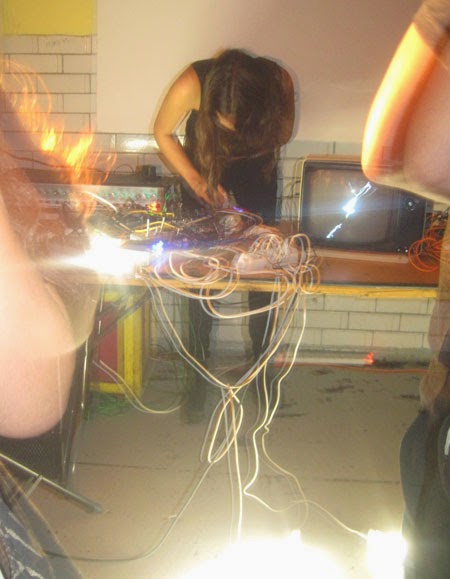 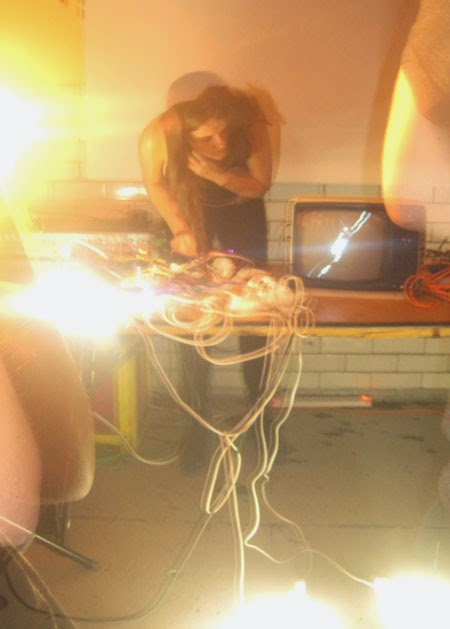 Ewa Justka... flashing strip lighting and strobe...a hacked TV monitor giving visuals to the abstracts flowing forth... maybe adding to them...loads of tones colliding, colluding...skuttering your ear in curious rhythmics, eaten into by interference, a host of cross pollinating shapes weaving plenty of synaptic shocks and dronic blurs. The tempo joysticked around like a rag doll gouging a semi-realised techno before dicing it into a stutteridge of machine mirages... the flashing lighting adding further to the feeling of malfunction...In a word 'Brilliant!' 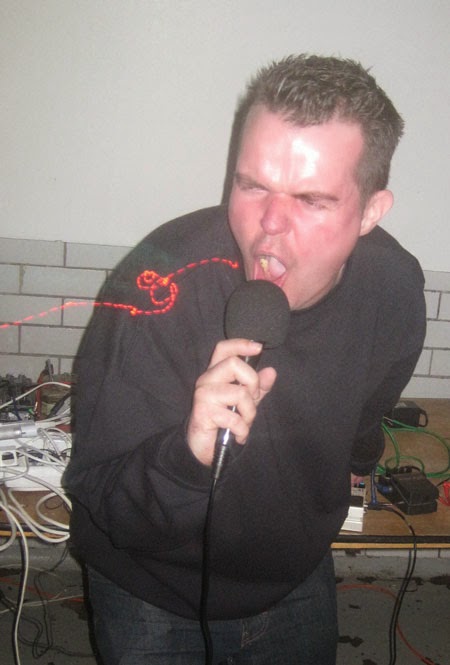 The Digitariat was Paul Knowles from Islington with numerous axes to grind and the most violent of the nights action... with his razor blades of high pitched squeal...and uber-harsh panel pins... screaming into the microphone backed by dense storm of atonalities...steep slabs of attack that reminded me of Phillip Best, minus the licked scrapbook of little children. 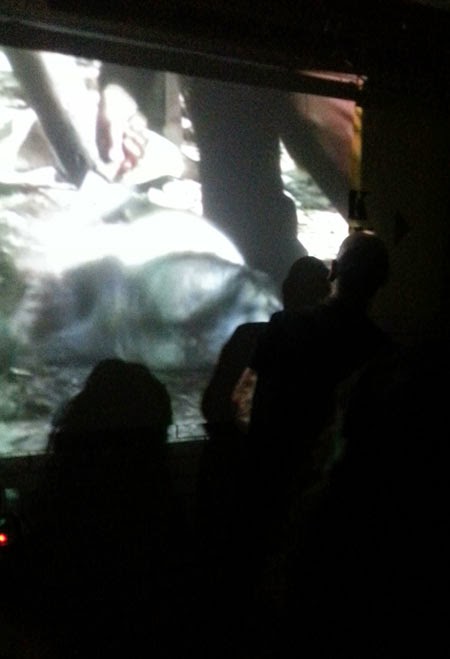 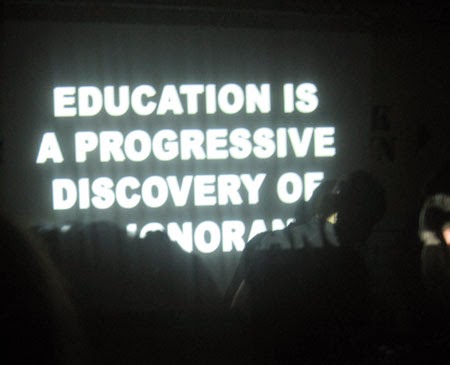 Dave Philips (Schimpfluch Gruppe pioneer) stole the show in abrupt machine smarts impeccably choreographed to screen splashes of Helvetica bold pointing the finger at our complacently / selfish consumption... a host of animal cruelty zapping the screen bathing us in the despicable stench of being human ......A dervish of drone curdling underneath, launched in sudden shocks of sonic violence... that image of a dead monkey with the word 'crap' tattooed on his shaven forehead sticking with me forever ...the room trembling to the onscreen horror of a bulldozed trench full of live pigs running blindly over each other to escape a tide of swallowing earth......DP's sniping mousetraps echoing the electrified spasms of test animals. Slit throats, abattoir scenes to a fizzing of wires... a repeating machine crunch that seemed to be screaming accusingly 'Use your eyes...your eyes...your eyes... as a trainered foot pushed firmly into the head of a wolf, it's jutting jaw crushed to a barrage of screeching wares... An amazingly powerful experience that left you hollowed out and wordless. 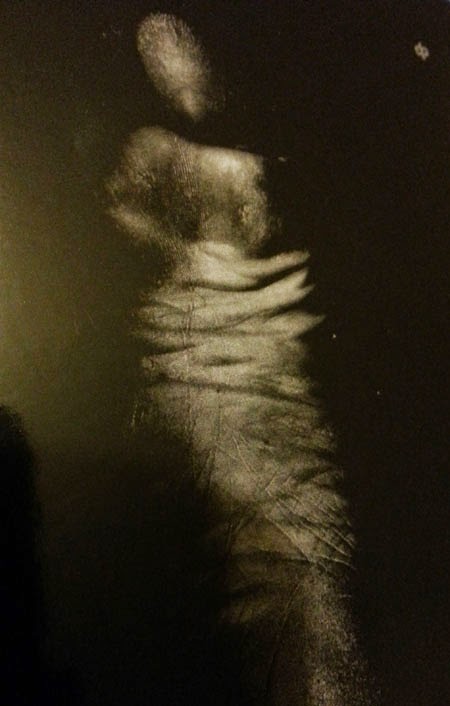 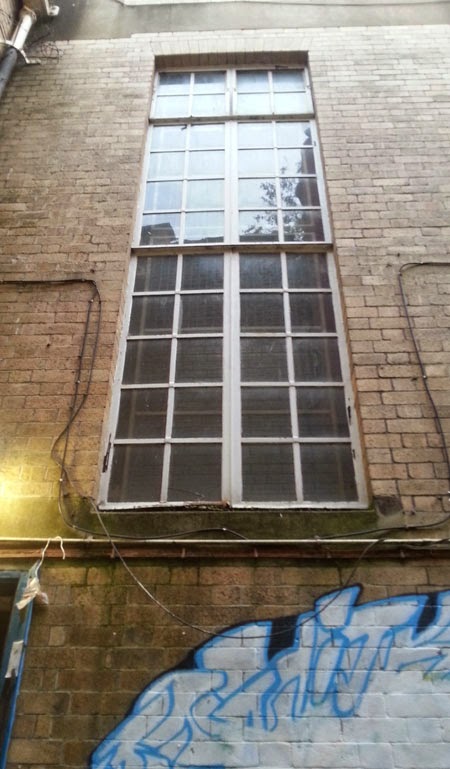 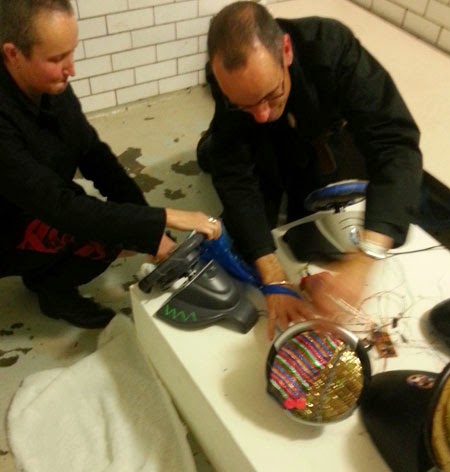 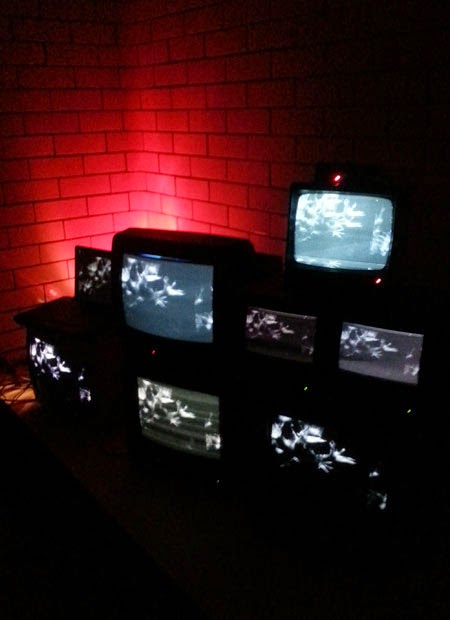 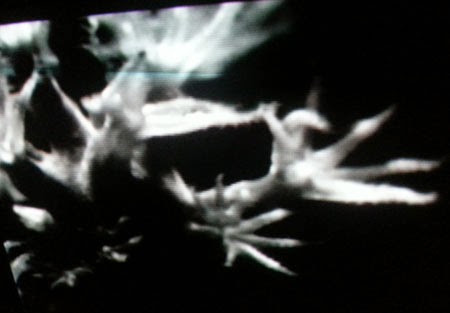