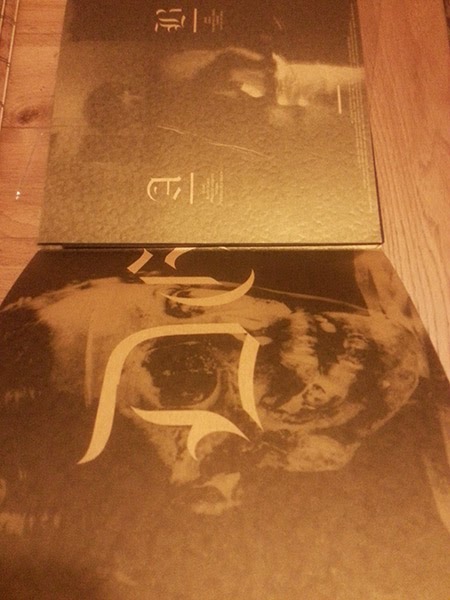 The fold out sleeve holding this baby together is a delight for the eyes. Its overprinted black imagery singing from beneath a golden glow of textured stock inkling at the album’s corroded essence. The struggling definition of the half buried vocals, that healthy scouring of frustration eating into the machined percussives. Tastes forged in Dead Gum’s Lost Decade and a myriad of other releases, a mood finely focused and now purring your ears in song like chunks. The type Sonic Youth used to make back in the 80-90’s, gnarly pearls that held you in their imagination, tore into your complacency, and telescoped your soul.

A shimmering dissatisfaction that the albums opener Float holds so dear. It’s vocals like a suitably forlorn Thurston Moore knuckling round a cyclic growth of frets, kisses of Bakelite percussion and hand claps holding the momentum beautifully as it cruises through some gorgeously hammered plummets. A crafted beast that is caught in an eerie tractor beam of vortexing saliva that’s Black Glass. A disintegrating circus of desolate texturing with a moaning spectre wandering through the rubble of its heart. A brief experimental verve, climbing from its knees and then straight into the razored drums of Afraid of heights, at its core a wobbling undercurrent that seems to be tracing uncertain feet along the edge of a multi-storey, those snared percussives constantly prodding and poking with guitars (all noisy and barbed) swerving around hungry for catastrophe. A carmine red bite of delicious geometries vertigo(ing) the pelvic slide of words. A vibe that’s economical, evocative and spot on to which the following Regain ties to a spiralling melody banked by suitably strung out beats. Something deliciously Ian Curtis like chased by fret sirens - visceral termites gnawing at the cooling skin of the song.

A gentle dip into flickering ambience breaks the tension in the form of At Poseidon's Beach, a lower case Sargasso withering into a ribbon of migratory starlings, tourmalined rotaries that set you up afresh for the brilliant Dare. A song that takes the adrenaline of Afraid of heights machined edgings and repurposes them onto a pounding foetal ultra sound as the vox oxidises on iridescent guitars that seem to be pulling at reddening scabs.

It’s deliciously dark, forlorn fayre bristling with brittle rhythmics that stab attentively. Cross cut in textures that brew up plenty of energy and suck you into deciphering the lyrical mysteries that run though it all like a pivoting skewer. Keen’s guitar yarnings casting shadows over the sobering half lit delivery like a tangled forest dripping with its frustrations.

The Asphalt Smell is another highpoint…kicks out the tempo like a spinster winged runaway chewing over some manic episode, hotly pursued by a weird howling underbelly and beats scarred in guzzling electronics. Electronics that continue on Thread in a drool of elastic and wincing wave lengths succumbed by the echo chambered stagger that plays Paul Daniel buzzsaws with your brainbox. By the time everything signs off on a Jesus and Mary Chain homage that is Out of My Mind you’re left with a definite need to re-immerse as Pan yells incoherently from the centre of the carnage and the whole caboodle finally grinds to an abrupt halt. 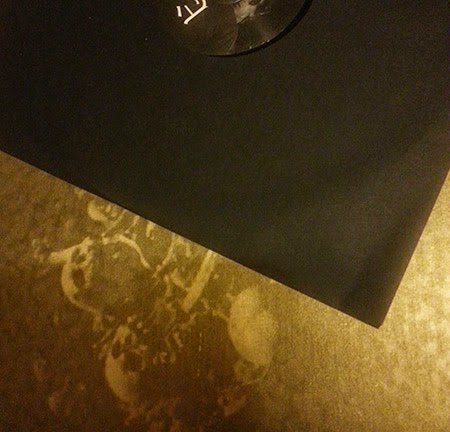