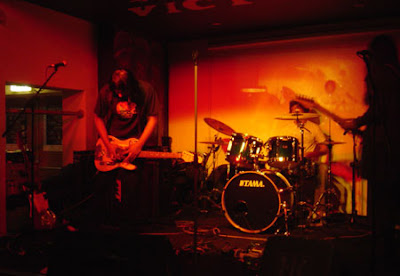 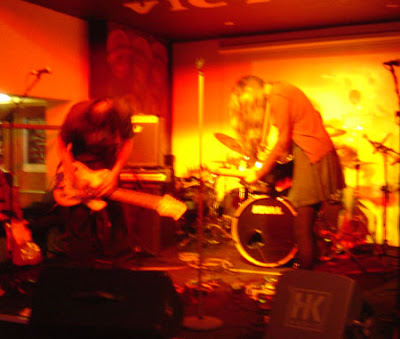 Thoughtforms were just marvellous to see a second time, starting from a freeform electric miasma of buzzing circuits and colourful sunsets, the band gathered up the sparking tail-ends into tuneful bliss.. only to abandoned it all in some gloriously spastic directions. Gnarly feedback, screams and effects eaten riffs, you hardly had time to clap before they started up another tune from the shards of the previous, even tuning up became interestingly delayed interweaves. 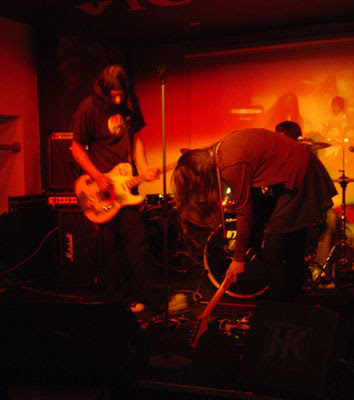 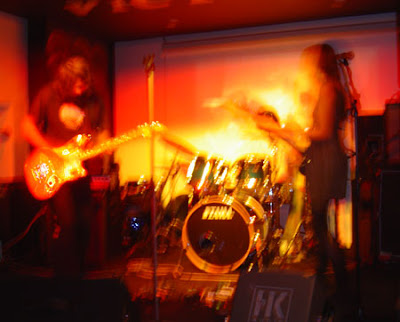 Charlie and Deej bending in opposites, the drums the adhesive allowing the guitars to freefall, spiral, cut; creating fuzzy quadrants of blissful distress you could just sink right into Icarus like. Mr Olivetti exclaimed it was like being 21 again, with Slowdive and Loop firmly entrenched in his memory, I couldn’t agree more… 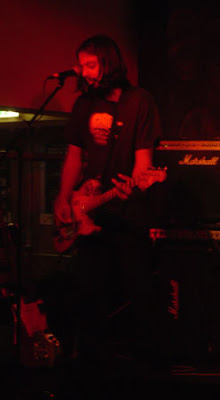 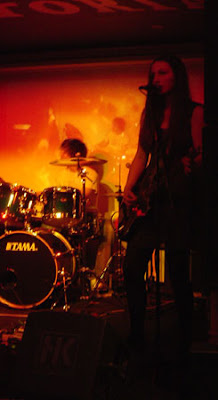 Both guitarists sang, Deej's rich laments sounding even better than before, Charlie bringing a bit of Silver Stairs into the set when her softly spoken vocals soared across the speakers. These were slowly drowned in some superb tensile action with the show collapsing in shimmering wreckage, Charlie saying ‘Happy Birthday Cloudboy’, as the cloud of electrics fizzled out-The best birthday present ever. I can’t recommend this band enough, and with a rigorous autumnal tour ahead of them there’s no excuse not to bask in this for yourself. 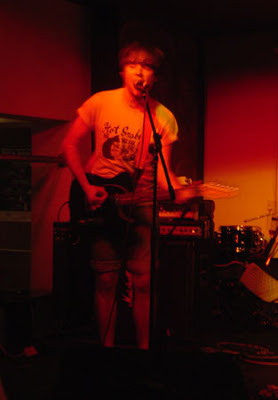 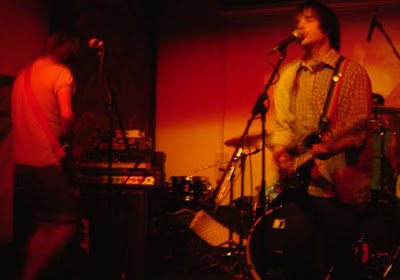 An Emergency were a trio - lots of perky spikes with gloriously askew tunes. No idea what the lyrics were about – they appeared to be making them up, dedicating a few songs to Swindon. Those stabbed guitar and vocal injunctions, all staccato angles, the drums kicking the shit out of the air. These were brilliantly shiny, incredibly jumpy vibes, the whole coming across like an ambulance turning tight corners too fast. Mr Olivetti bought me their spilt single on a satisfying slab of petroleum bi-product, getting the band to sign birthday wishes. 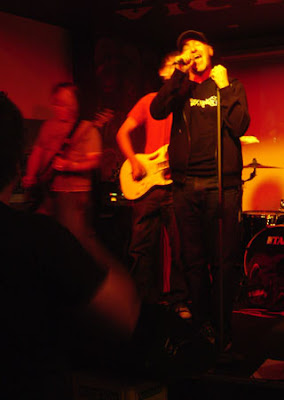 Broken daylight – were comfort angst, Chemical Romance type vocals and tight rhythms, so loud that even the drums were drowned in places. The guitars stadium stylee, with muscle chords and rigid drums, a bit too mainstream for me and co. Paul wanted to leap on stage and sabotage the conformity, plectrum in hand. A fanatical dancer stepped in and gave his body over to the music in absurd Egyptian shapes and mimed emotion giving cubic directions to the guitar surges and drum explosions. 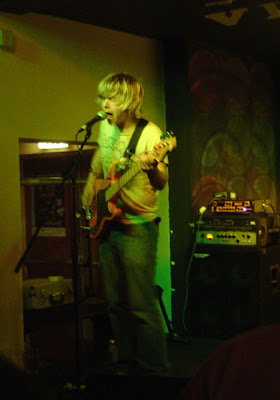 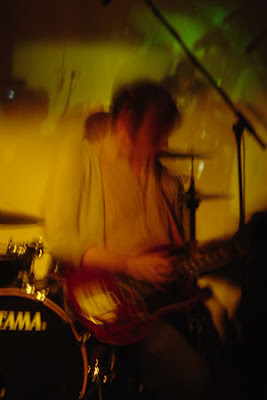 Kill Kenada – were like a boy band that had grown up, disinheriting their former skin for a noisy purple bruise of a sound. Like a cross between Nirvana circa In Utero (nah, more circa Bleach) and Head of David on an amphetamine rush. One of the guitarists giving out some astoundingly groovesome chunked action, riffs chewed over in lunged swings and dynamite redirections. The show ended with the lead singer shouting ‘That’s it, now fuck off home!!!’ bracketed in feedback. Superb! 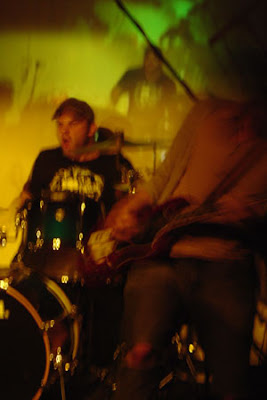