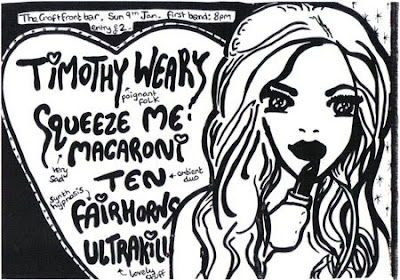 Oh man, Fairhorns was a total no show and I think Ten pulled out, but the disappointment was totally quashed by Serena’s set…

She was definitely worth the trip, as the stormy weathers and toy xylophonics of last year’s Cube show were ditched in favour of bespoke beat backdrops and more of that captivating riffage. Smashing the mic into the stand… she cut the resulting loops up with hand claps and eerie guitar scrapings, adding a liberal amount of delay along the way… A real mesmeric performance as the architecture built up …emotive guitar lines thrown over depth charged cauldrons, adding low-end fret meanders and then garnishing them further in some blinding top end romanticism …… Nothing outstayed its welcome, the density, after short bursts of intensity, mostly guillotined to solitary stirrings … navigating moody Labradford territories shot through with glittery cycles of light and a haunting vox that simply strung your mind … If you ever get the opportunity to see Squeeze me Macaroni go for it… the ease with which she does her thing is breath taking.

Somebody on solo snare was up next (think this was Ultrakill, but could be completely wrong)…he launched straight into a Corsano drilling of the drum skin… A blur of stabby jazz angles and torqued tippings, sticks, a snapping of teeny alligators …between his two short tracks he shrugged his shoulders and related that Matt invited him along then didn’t turn up…and all he had was a snare and cymbal… Surmounting the obvious limitations, he jabbed out a quick fire Queen request…then another short improv burst before calling it a day… sneaking off the stage looking a bit embarrassed.

Last up was some tasty finger picked country vibes from Timothy Weary, but I could feel myself fading…the grim remnants of flu clinging on still… so decided to call it a day after only three songs. 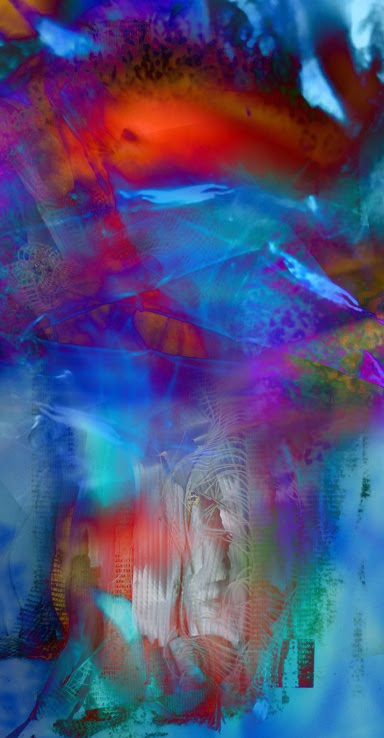 lizards love whiskey too said…
ooh lovely review. shall forward this onto serena. how did i not see you there? :(
the drummer dude was some guy called oliver. he was supposed to play WITH matt, not alone - hence the unpreparedness! i missed this bit due to smoke break.
ultrakill opened the night and i guess you missed his set? that's liam. he's lovely. he has a soundcloud: http://soundcloud.com/ultrakill
tim was great. shame you had to leave. hope yr feeling better!
mardt x
Monday, January 17, 2011