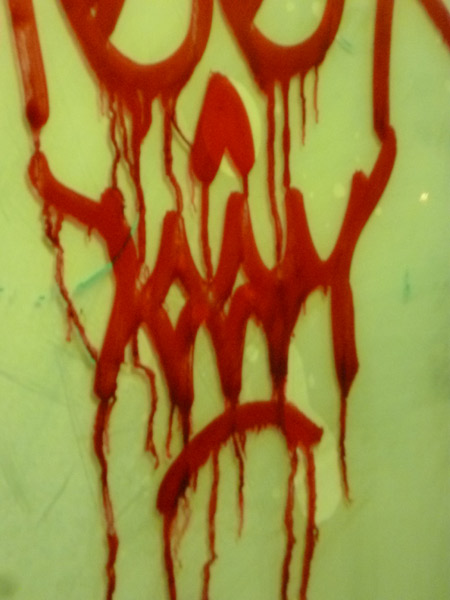 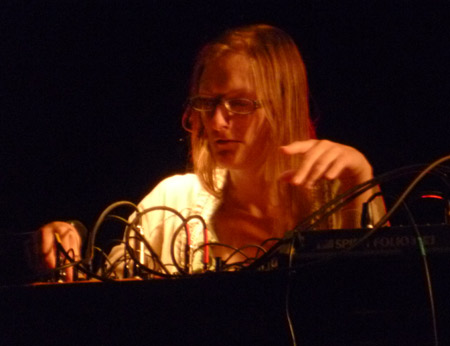 Jessica Rylan was being eaten up by a flu bug, having just woken from the back of a van... brandishing a few glasses of medicinal brandy. She chatted in fragmented thought, post arms race concerns, anti-anarchy... a cough here and there ...she proclaimed a liking for chaos over noise, started the circuitry then decided to append the previous conversation...

She laughed to herself at the pointless of this and recommenced the music in a sliver of extinguished dog toy sounds and squeaky salvos... she patched in more leads, introducing a deep and satisfying aggregate to the equation... and with a few more tweaks it was a burning pylon of asymmetrical judder and twitching spasm. A further scuzzed bass deliverance threw out random anchors...

But it wasn't until her vox bled through this, that the true shivers started... the vocal vibe, a possessed, scary, phatomised one... The quality of ripping sellotape or brittle cellophane landscaping the feedback... Unpredictable colours and spiking ugliness seemed to erupt from her body, as if she was mischievously toying with the electrics.

This was way better than that full moon show back in 2005... then, it was all over as suddenly has it had begun followed by a short bit of funny, observational poetry... Glad to say she still remains the queen of my noise loving heart... 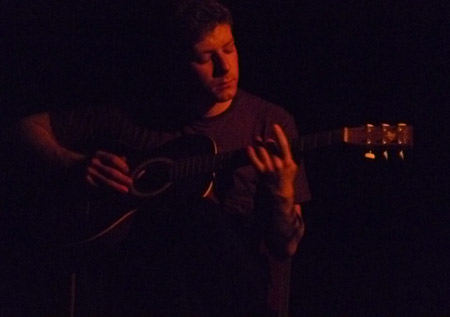 Cian Nugent Band more conventional than the other's, a showcase of just two songs. One, a short skewered traditional Irish lilt with some gorgeously warm viola... whilst the other, was a lengthier and far braver distillation, entitled 'three and sixes' that burnt up on some heady tempo swings. 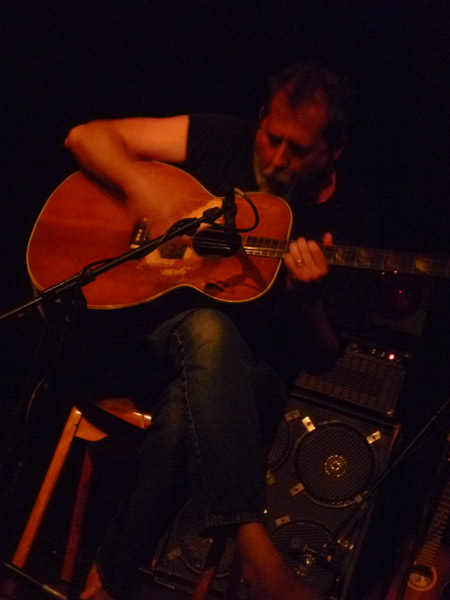 The bare footed Bill Orcutt was like a bearded golem, hugging his bruised and battered guitar. Face, snug to the instruments contours almost salivating on the worn varnish as 4 strings took their punishment in a rush of bent blue chords... Some nice off key cantering and neck grabbed fret damage was displayed with the occasional vocal whimper breaking out. Coming across all soul wretched with an urgency that wiped away any inkling of pretention... Half an hour of viral exorcism with a few feedback chasms scraping the speakers and some life affirming howling that proved there was plenty of life to be had after Harry Pussy. 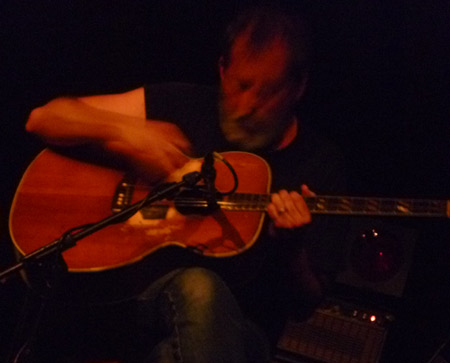