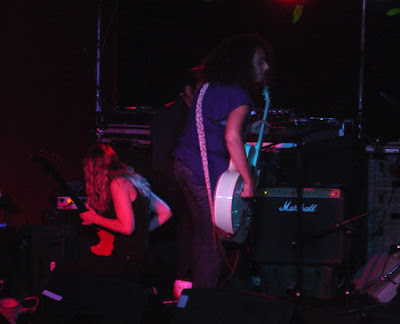 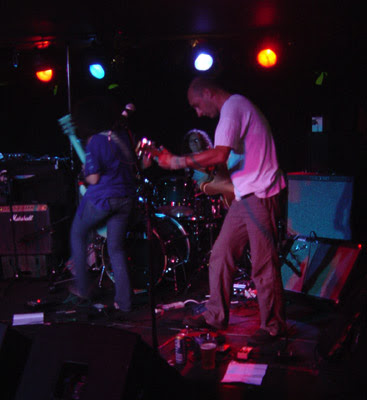 Not the brain dripping out of your ears, feedback set I expected from this new incarnation of the Liftmen – The Tunnel Toughs, but never the less the shapes they were putting out were beautifully fragmented, cast from an unusual palette. It must be said, Rasha and company sure play a wide field with a deft hand, as nifty sonic textures bled circuit saturated colours , sometimes all solid bass boom, others, loose and wobbly full of scar tissue... I swear when you closed your eyes it didn’t sound like it was made from guitar/drums etc at all. They took the sound to interesting places, that dot / dash punctuating at the end of their set, was like a comedy makeover of one of John Cage’s prepared pieces, pianos replaced by depth charged spanners... a musical moment I’ll never fail to forget... and there's me thinking there wasn't enough humour in music. 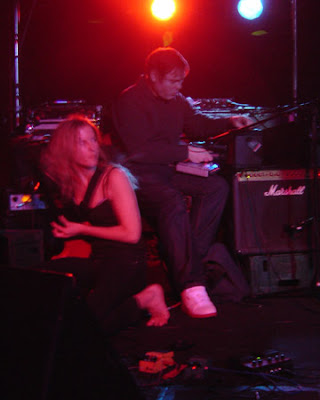 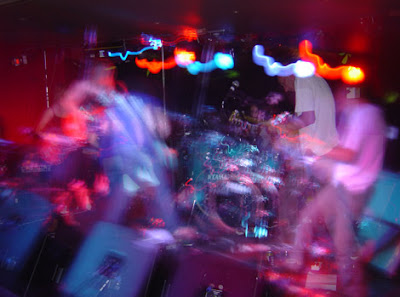 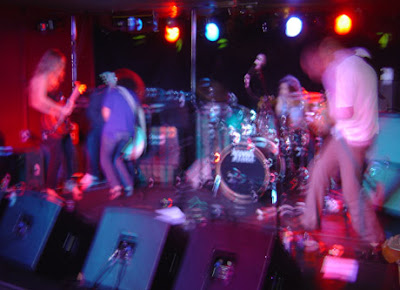 The Primordial Undermind were in full band-guise, since I last saw Eric Arn's solo set over at the Sonic Sanc last year... 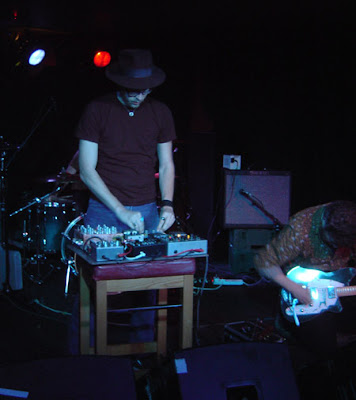 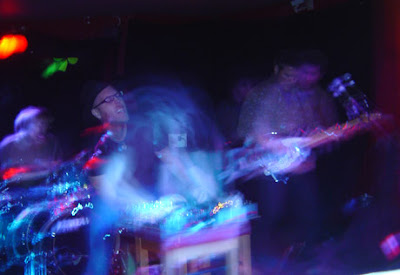 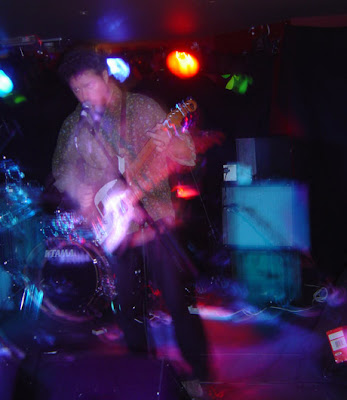 This was a yummy heavy fuzz of a sound like a swollen river, brown n murky, full of broken sticks of tune and bicycle wheels. Mostly full on and dirty, the sound sometimes cleared to reveal tiny miniatures of string bound doodling, that typified Eric’s solo set the previous year and finite circuit bending from Doug’s hand-built boxes. These were always quickly erased by faster waters, the vocals struggling to keep afloat in the current. Sticking your finger in your ear to the drums forced interesting death splats of plastic crab to nibble at the wax… Their latest album has definitely been ear marked in my next months spends ( like a fool I regretted not bringing enough folding stuff on the night). 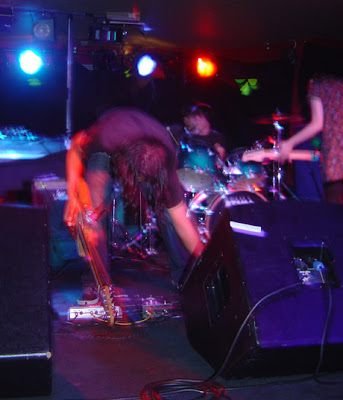 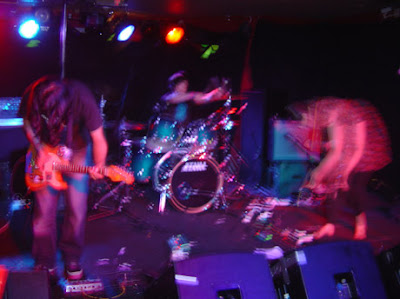 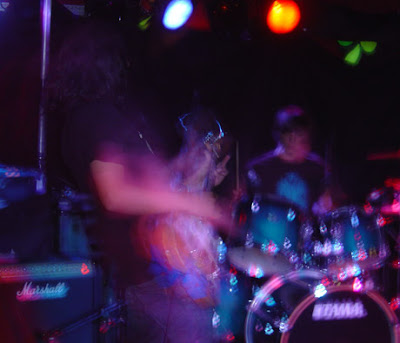 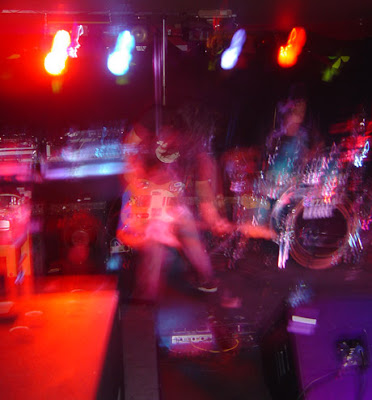 Thoughtforms are always a pleasure to witness, this was my fourth immersion and they still sound as fresh / exciting as they did back in 2006 … The way they carve up their songs is pure sound alchemy, throwing acute angles and differing perspectives/depths to a seemingly rock ingested base - It never fails to grab at your brain and fill it full of shattered mirrors and burning patterns of possibility… I suspect control is the key here, the knowing when to relinquish it, plus the ability to rein the beast back into it’s box and boy they have it licked, still managing to slip in lots of tasty splices of instability into the equation making you itchy for more. Even Charlie’s sore throat failed to suppress any of the gilded edging they have previously shimmered through the air. Deej continues to murder his guitar with zealous abandon (think he literally broke one of his guitars that night), whilst Charlie holds a solid gnarly foundation for his eccentric pedal abuse, adding extra colour to the mix. Guy working over this, stapling the whole with coffin nail plunges...

...all fab stuff appearing soon in a club near you... 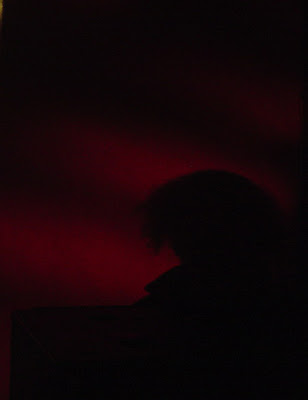